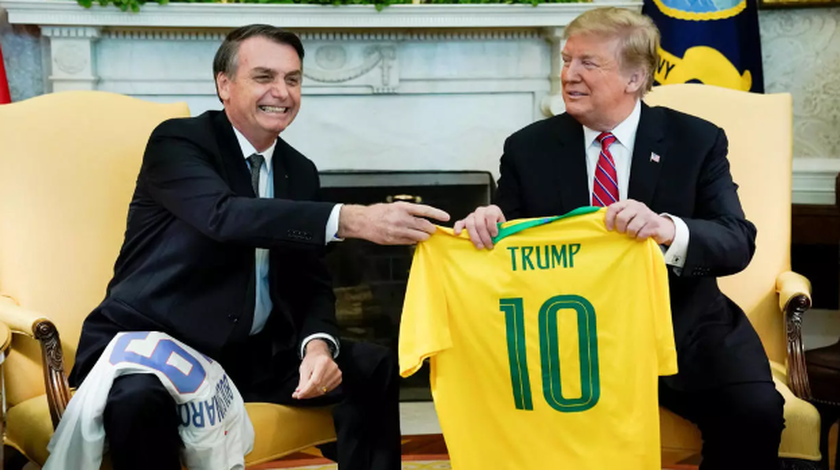 In 1992, during the constructivist turn in International Relations, Alexander Wendt emphasized the importance that perception and the construction of meanings play in world politics. As he puts, “states act differently toward enemies than they do toward friends because enemies are threatening and friends are not”. In this Wendtian perspective, Great Britain’s nuclear missiles had a different significance for the US than the Soviet’s during the Cold War. For instance, Washington’s flexible and aggressive approach towards the British and Soviet nuclear program, respectively, was not based on the international anarchy and the distribution of power, but rather on the American perception of which case was threatening or not. Through this theoretical framework, it is valid to say that some strategies of combating the novel coronavirus are perceived as more efficient than others, and concrete outcomes resulted from these tactics mutually reiterate those perceptions. Thus, there is an unconscious pressure on which model governments should adopt to meet this challenge. Measures which restrict the movement of people and implement rigid lockdowns, aligned with mass-testing, have been seen as appropriate responses for the current crisis. Such provisions assign to these statesmen a sort of authority concerning the issue, once they are recognized as examples to be followed on the international and regional sphere. On the other hand, flexible policies have been widely criticized by international institutions, as the WHO, and the medical community.

Two cases illustrate this transcendent dimension between the regional and the international leadership. The first concerns Brazil and South America. Historically, Brazil is seen as a regional leader in the region. Taking a contemporary example to demonstrate this arrangement, under the administration of Luiz Inácio Lula da Silva (2003 – 2010) Brazil led important initiatives in innumerous fields of regional cooperation. Besides being perceived as the economic and political reference in South America, Brazil resumed the negotiations between Mercosur and CAN – suspended since the late 1990s –, started a process of institutional deepening and enlargement in Mercosur and Unasur, guided bi-regional cooperation between South America and Africa, and played the role of regional paymaster due to economic asymmetries between the country and other South American nations, as Bolivia and Paraguay. Such position, however, has naturally faced opposition and resistance by South American actors, mainly Argentina, Colombia, and Venezuela. To remain in the same period, one may understand this dynamic when looking at the creation of ALBA by Chávez’s Venezuela as a response to the South American Defense Council (CDS), constructed as a Unasur defense mechanism.

Notwithstanding, an obstacle threatens the maintenance of this regional prominence. Bolsonaro’s Brazil is not acting according to its – self-attributed and internationally given – regional responsibilities. The dismissive government position on the coronavirus pandemic is not perceived as the appropriate strategy to handle the issue, and thus no other country is willing to follow it. Long-term damage will result as a consequence of this stance; two already may be noted. First, the flexible approach adopted by Bolsonaro is not only seen as inappropriate, but it is causing concrete negative effects on the Brazilian society. According to the JHCRC[i], by May 19, 2020 Brazil had 255,368 confirmed cases, the third highest rate in the world, and almost 17,000 deaths. An internal political turmoil, which, among others, culminated in the resignation of the second Health Minister in this year, is also taking place while the numbers increase. Second, with the undesirable status of a hotspot, Brazil is currently perceived as a source of biological threat to South America. This is particularly aggravating considering the large border strip which Brazil shares with its neighbors, excluding Chile and Ecuador. As reported by the health minister of Paraguay, 87% of coronavirus cases registered in the first two days of May were imported from Brazil. Here, a central implication is noticed. As the cases reach 8,371 with 382 deaths[ii], Argentina might have an opportunity to rise as the main regional leadership at the expense of Brazil. Alberto Fernández, president of Argentina, imposed a general lockdown in March, when the country had a little more than 100 cases. As aforementioned, such policy is frequently seen as the proper measure. On May, 14, when questioned by a journalist about the gap between the Brazilian and Argentinian rates, consequence of the policies implemented, Bolsonaro responded: “You just have to make the calculation for a million inhabitants, and maybe… May we talk about Sweden? Sweden did not close (…) You are defending… you got into ideology. You took a country that is moving towards socialism”. For Argentina, be perceived as a regional example is the first step to be recognized as a regional leadership. For Brazil, the restoration of its regional image will not happen overnight.

The second illustration is the international confrontation between US and China. Although the US has had the self-designated role of the international leader in global crisis since the end of the Second World War, Donald Trump’s administration is not acting accordingly. As in Brazil, this is evident in the dismissive American approach towards the pandemic – it is still unclear whether Bolsonaro is mimicking Trump or Trump is mimicking Bolsonaro. Thereafter, governments around the world are not disposed to follow the American model of combating COVID-19. In addition with the leading rate of coronavirus diagnosis in the world, Trump has constantly supported anti-lockdown protesters and called for the return of the economic activity, even with the continuity of the first wave of infection in the country. China, on its turn, has demonstrated a growing interest in assuming this role. The Asian country has, for example, provided to the world medical aid and personal protective equipment while Washington has been accused of confiscating shipments of US-made masks destined to other countries, as Germany. Other example is the growing tensions between US and China inside the WHO, UNSC, and G-7, resulted from the American controversial decision of cutting funding from the WHO. Instead of defending global public goods, proposed by the scholar Joseph Nye as a strategy for the US to handle the changing international system of the early 2000s, Washington has assumed an isolationist stance. Such strategy, however, is being adopted by the American opposite counterpart. On May, 18, at the World Health Assembly, Xi Jinping said: “COVID-19 vaccine development and deployment in China, when available, will be made a global public good, which will be China’s contribution to ensuring vaccine accessibility and affordability in developing countries”.

Hence, an important conclusion is drawn from these cases. Bolsonaro and Trump, right-wing populist leaders representing the two geographical poles of America, are ruining their countries image, constructed through decades of history, in the international and regional level. This phenomenon is opening a window of opportunity to actors which aspire such regional and international eminence. The coronavirus pandemic has made power shifts more evident in world politics. From now on, when defining the foreign approach of their countries, statesmen will have to take these changes in consideration.

BBC. Coronavirus: US Accused of ‘Piracy’ Over Mask ‘Confiscation’, BBC, 2020.

DUPEYRON, B.; SEGATTO, C. Just Like Trump, Brazil’s Bolsonaro Puts the Economy Ahead of His People During Coronavirus, The Conversation, 2020.

STUENKEL, O. China’s Diplomats Are Going on the Offensive in Brazil, Foreign Policy, 2020.

WENDT, A. Anarchy is What States Make of It: The Social Construction of Power Politics, International Organization, v.46, n.2, 1992.

[i] John Hopkins Coronavirus Research Center. Access in: May 19, 2020. Available at: https://coronavirus.jhu.edu/map.html.