The Role Of Christianity In EU-Russia Relations 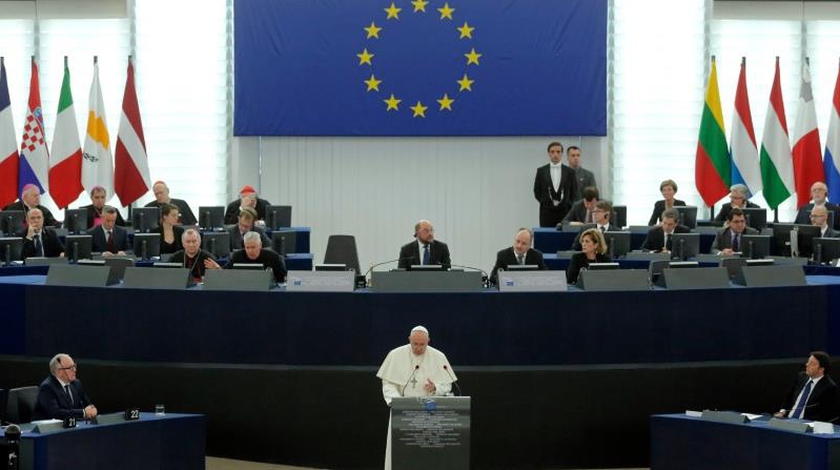 The Role Of Christianity In EU-Russia Relations

Christian democracy, or rather, personalities of the political movement, stood at the origins of European integration. Christianity and its ideas have become the basis of further development of the EEC towards the EU and a federation of European states [1] . Christianity, of course, is the cultural base for all 27 EU Member-States, as well as for the vast majority of European countries. Education in the countries of Europe initially went through religious centres, monasteries, and first international organizations, orders.

“Political Christianity” as a manifestation of Christian values, ideas of Christian philosophers in politics - took place in Europe before the Second World War; Christian Democratic parties arose from France to Poland. However, only the destructions of WWII led to consolidation of centre-right-wing parties based on the ideas of freedom, equality, tradition and tolerance in the form of modern Christian-democratic movement, rather than on pure nationalism and total economic liberalism. From the very beginning of the development of European integration, Christian democrats, their ideas and views formed the spiritual core of the development of post-war Europe, which brought the EEC out of the ruins of World War II to the level of its powerful partner - the United States- and made of it one the most important trade powers in the world.

The EU's position today is widely disputed; Europe as a whole faces a number of internal contradictions and destructive external influences. In addition, one can notice that, despite the fact that more than half of EU citizens identify themselves as “Europeans” [2] , the framework of identity created by Christian democracy is blurring, and the “core” on which the EEC was built is visually weakening. The political extremism of the ultra-left and right leads to the radicalization of the centre itself (take for example the Austrian People's Party) or its disappearance and the transition of the traditional electorate to populists (the Christian Democratic Party of Flanders and the New Flemish Alliance). Is it possible to say that European politicians have moved away from the basic cultural values ​​of Europe and Christianity? Even beyond personal questions of conscience and faith, it is now clear for me that such a development is leading to the EU project degradation, radicalisation of European society and massive losses of its power. The power that promotes peace and cooperation that have made possible the EU and its Member-States to play key-roles in a globalised world we live in. After so many successes on its path, is the EU now showing its ‘ideological infertility'?

To begin with, I think that it is useful to highlight some of the main aspects inherent in the system of "Christian values" [3] :

2. Respect for the other;

4. Curiosity, the pursuit of knowledge;

These values, however, being much older than Christianity itself, are not purely an intellectual property of any Christian church. Rather, they are inherent in all progressive societies and have moved humanity, acquiring new forms and evolving new forms since the first known civilizations. This is to say, actually, this set of values today is inherent in the Christian idea and, in my opinion, has got its present form within works of Christian thinkers and those raised in Christian societies. Its political expression, in turn, forms the “centre”, the “norm” or a “normality” (?) of Western European societies. Until now, the “centre”, soberly looking at the situation, calling a spade a spade, has played the role of a mediator, able to cut corners between extremes and create a “single whole” within European governments and supranational institutions.

So, taking into account the testimonies of political and business actors of Belgium and France (diplomats, businesspeople), the elite of Western Europe is guided by the values ​​of Christianity not only in social matters, but also in affairs. It is clear that these values ​​did not come from a political programme of recent years, but were transmitted through upbringing, education and further development. Christianity for the people shaping modern European politics remains the basis upon which all further constructs and judgments on international politics, collective security and freedom of speech rest. Perhaps, from that perception comes a genuine misunderstanding among French nobles of the opposition of the French government itself against mentioning of Christianity in the preamble of the European Constitution as one of the most important bases of European identity along with Greek philosophy [4] . And for a Russian inexperienced layman it may seem somewhat strange that for the elite of Western Europe, the Christian dimension of European politics is an integral part of understanding and explaining, among other things, the state of EU-Russia relations. This dimension isn't visible for a Russian observer because it is often taken for granted by those who embody it. That perception doesn't thrive from declarations and literal definitions like “Europe is the space of Christianity and we must be united”, but through everyday-practices of interactions at the international level:

- Observation of freedom of speech and respect for human rights are becoming key factors for collective security in Europe;

Moreover, people who coordinate the politics of one of such “centres of liberal democracy” as Belgium seriously believe that Christianity is one of the important aspects of the common identity of citizens of the EU and Russia and should play a key role in building future positive relations [5] . The emphasis on common Christian values ​​in the EU is not put also by European institutions: this is not said by anyone, but is implied by the most. It is not declared, but never denied. After all, it is impossible to deny the facts: European integration began with Christian democrats; the union of Christian democrats formed the first political party of a supranational level. “To be a member of the Christian-Democratic parties' family of the EU means to be along with the founding fathers, to have a relationship with those who knew them, to be at one with Schumann” [6] .

From this point of view, I think that Russia, being a “lost sheep," is still a part of Europe, united inter alia by Christianity. Russia does not have a similar history of continuous development like Luxembourg, for example. This is particularly manifested in politics. The establishment of Christianity in Russia was not a result of a gradual development of imposition of religion on the system of ancient philosophy, but rather became a political choice of St. Vladimir, Prince of Kievan Rus. Considering that Christianity came to Russia almost 1000 years later than in Western Europe, it is easy to understand that its roots are less strong. It is necessary to add the complicated political history of Russia in the twentieth century. Hence, the modern image of "Russia - the abode of the traditions of Europe" that arose in among some thinkers and commentators Western Europe is, to put it mildly, wrong. Speaking, for example, of politicians, even of the President of Russia, to which the adherents of the aforementioned view sometimes refer, what priority do they generally give for Christianity on the Russian political landscape? Are values ​​shared by Christian democrats of Europe applicable to the modern political reality of Russia? Do any Christian values matter in Russia the way they do in the EU?

With no intention to speculate on this subject, I would assume that in the discourse of a Russian diplomat, similar to the Belgian one, there is hardly any place for Christianity as a factor uniting Europe. This is not as much a part of the “surrounding social environment” as it is even for EU officials. In an interview with O. Stone V.V. Putin notes openly that after the departure of communism, as the main ideology, it was necessary to fill the vacuum and the Orthodoxy became this substitute.

Russia, in contrast to the majority of countries of Western Europe Christianity guided by political conjuncture, and in recent history has undergone 70 years of communism, ideological isolation and violation of all processes inherent in the development of the rest of Europe. The modern manifestations of Christian feelings at the level of federal authorities are more likely to be the implementation of a political programme rather than an indicator of Christian consciousness. In this regard, the attitude towards the church in Russia among the population, in general, correlates proportionally with the attitude towards the government; it is either fully supported like a Kremlin's policy or viewed with hatred as one of its institutions. The church is not in Russia the same independent subject of public life, as in France. A French priest may be a party to a debate; the government itself appeals to the clergy and supports individual intentions of bishops to take a more active position in discussions over French society [7] .

Thus, I think that, to this day in the EU-Russia relations, it is the first side that displays in its official rhetoric categories inherent in a society imbued with Christian values. The founding fathers of the EU and their followers, through the prism of the ideas of Christianity, formed spaces of prosperity and peace, ending the long era of wars in Europe, having reconciled France and Germany.

Is it possible to apply the same tools in relations with Russia?