The Responsibility of Brazil’s Leadership in South American Development 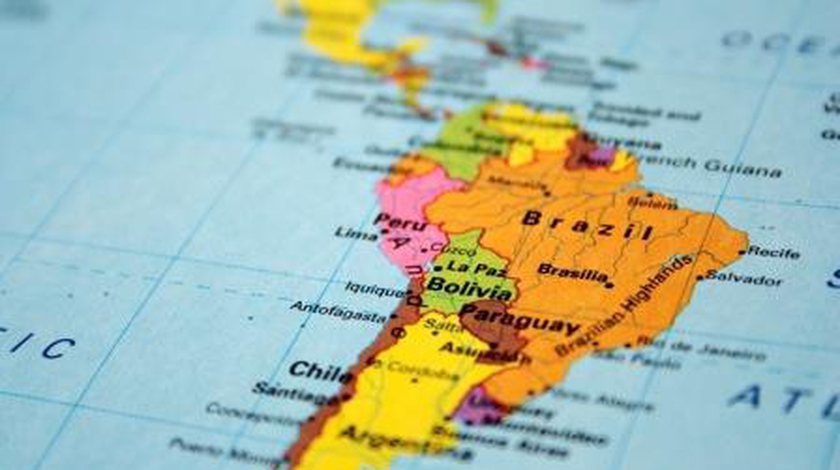 The Responsibility of Brazil’s Leadership in South American Development

Since the end of World War II, Brazil has tried to seek a leading position among the Ally powers even though it has a small role (but of significant relevance) when compared to the P-5s. This pursuit of great power status is true even today, when, for example, the Itamaraty demanded reforms in the UN Security Council to obtain a permanent seat in the organization. Nonetheless, this was not an unprecedented attempt on the part of Brazil. The country, failing in this action and in the objective of receiving a “Marshall Plan” for Latin America, began, in the 1950s, to seek regional integration aiming to mitigate South America’s dependency on the United States and trying to justify this action by the needs found in most of its neighbor countries.

According to Maria Regina Soares de Lima, from the post-war period until the ‘end of the Cold War, integration initiatives carried out by South America countries had an anti-hegemonic ethos. However, Vidigal, complementing the author's thought, affirms that despite this revisionist character, “the Brazilian diplomatic discourse started to explore the idea of regional integration as a positive sum game and, through it, explain that Brazil did not intend leadership or hegemony in region”. Concomitantly to this, Brazil’s neighbors distrust regarding to the country can also be considered an obstacle to the advancement of regional integration and cooperation. This situation leads to a bad consequence for Brazil and for South America as a whole. Therefore, it is necessary to explain some factors that compose this scenario.

Firstly, Brazil's lack of action to deal with its neighbors' distrust is one of the reasons why the region's economic integration and development process is stagnant. The reasoning is as follows: Brazil is the only actor in South America capable of leading a comprehensive integration process. Brazil is constrained to deepen this process due to the distrust of its neighbors because of its leadership. Therefore, the integration process is mitigated in the region.

Second, on the Brazilian side, the lack of consolidation of its leadership and the absence of integration actions as a way to legitimize this role are one of the reasons Brazil ends up not having the prestige of a valid power to be heard in the international system, since it is not even recognized as a leader in its own area of influence. Faced with this scenario, Brazil finds itself in a dilemma: it does not lead in its region due to hesitation while in the international scenario, where it is more energetic, its lack of local leadership ends up marginalizing its voice among the great powers. This “Brazilian developmental burden” is, at the same time, the advantage and the barrier to the affirmation of the country's regional leadership and global protagonism.

Therefore, encircled in this difficulty of exercising real leadership, Brazil was limited, until the 1990s, to "technical cooperation in social policies, emphasizing the rhetoric of solidarity and the exchange of knowledge and practices between developing countries". As a result, it is clear that South American integration process was lagging behind, largely because of the lack of Brazilian initiative or because of its embarrassment regarding a prominent role. Furthermore, it is worth mentioning that the absence of Brazilian leadership does not only affect South American cooperation per se, but also the possibility of a deeper integration of the subcontinent.

Thus, in an institutionalist analysis of South American integration, the absence of internal consensus, asymmetries, along with political instability, the North American hegemonic influence constancy and the perceptions from neighbor countries on Brazil's role in the region are the main negative regional constraints to integration. In fact, when observing the different levels of industrialization and economic diversification, the imbalance between these countries is evident, let alone the aggravation of their unstable political circumstances. Therefore, the existing challenges to promote this integration are diverse.

On the other hand, with regard to the compatibility of values, there is a certain convergence of ideas regarding democracy, social justice and the need for development. In this sense, the early 1990s brought a systemic change due to the end of the bipolar world and its antagonisms. Such a change has created the fear of being excluded from the “New World Order” triggering initiatives from some South Americans countries which could be translated as the creation of Mercosur and its institutions. Thus, greater efforts are being made towards regional integration, with these very states seeking to rethink their position in the world.

Thus, it is necessary that Brazil intensify its efforts creating the possibility of gains from intergovernmental partnerships that range from “information sharing to border security and macro-policies in the economic and military scope” and making sure those will not be stopped by the lack of a leadership which would tend to wither certain projects. It is necessary that Brazil be more incisive in the application of proposals, not in the sense of being offensive, but in the sense of having greater firmness and confidence of its own potential. Taking this stance, inevitably its leadership character will be exposed, which will dictate new responsibilities to the country, not only as a paymaster, but as a risk taker with the creation of local institutions and regimes making South American nations’ interests, especially with regard to the issue of development, meet together.