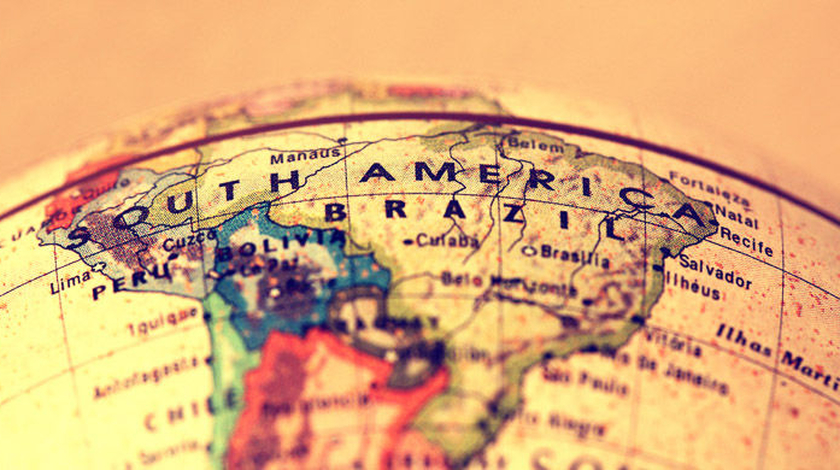 The transnationality of terrorism causes this phenomenon to be a threat to all countries of the world, including Brazil. According to the Global Terrorism Index 2019 (GTI), Brazil has jumped one level on the scale of impact by terrorism, no longer being at the “lowest level”, as on the previous years, but now at the “low” level of the scale of impact of the GTI. In 2019 Brazil rose 17 positions on the terrorism impact index in relation to the previous year, then it was more impacted by the phenomenon.

Due to this global spread of terrorism, it poses greater threats to governments and societies, once it acquires a character of omnipresence, given the range of the structure of these institutions, being able to reach different territories. This threat is not restricted to the terrorist attack itself, since the activities of members of a terrorist group in order to guarantee the existence and development of the group, as well as their ability to carry out attacks, are also characterized as terrorist activities, which are carried out in different locations.

Although Brazil is still immune to terrorist attacks by international terrorist organizations, we cannot consider insignificant the possibility of suffering from terrorist incidents, neither non-existent. Since terrorism consists of a series of activities that together make terrorist incidents possible, and not only in the latter, the speeches that, based on the absence of terrorist attacks in Brazil, deny the phenomenon's threat to its territory, are clearly flawed. Evidences have already been obtained from the Brazilian Federal Police (PF) investigations that practices which facilitate terrorist attacks in other countries occur in Brazil, just as the US Federal Police (FBI) has already issued notices to Brazilian authorities as a way of alerting the presence of individuals carrying terrorist activities in Brazilian territory.

In 1992, Argentina faced a terrorist attack on the Israeli diplomatic representation in Buenos Aires, and later in 1994, a suicide attack on the Israel-Argentina Mutual Association, which makes clear the need for Brazilian attention to the terrorist threat, since the services intelligence agencies in the United States identified evidence of connection of these incidents with cities on the border between Brazil (Foz do Iguaçu), Argentina (Puerto Iguazú) and Paraguay (Ciudad de Este). This region in the south of the country has easy movement of people, with little border control. Moreover, Paraguay's immigration legislation, which is somewhat loose, has always presented itself and remains so, a great challenge for greater control, law enforcement and reaching solutions for its border in that region.

On this context, the triple frontier started to be identified as a refuge for terrorists, where the execution of their activities would raise less concerns from the institutions and difficulties of identification, a terrorist “haven” or a “paradise” for crime. Therefore, it is worth mentioning that terrorist groups use organized crime to raise financial resources, in addition to, like organized crime, using technological means of communication, practicing money laundering and sometimes moving resources using the same methods and structures.

Furthermore, the rise of Brazil's relevance in the International Society, with participation in peacekeeping missions and always seeking greater relevance in international politics, may attract the eyes of terrorists as an opportune place to carry out terrorist attacks. In the same sense are mega-events, such as the Olympics, based in Brazil in 2016, which put the country in the spotlight of international media, increasing the attention of terrorist groups to it, since one of the objectives of the phenomenon of Terrorism is to reach many spectators and persuade through propaganda.

The Brazilian position in the face of the phenomenon of Terrorism is of cooperation, positioning mostly in favor of international measures and adopting mechanisms that corroborate the fight against this threat. However, the performance of Brazilian institutions in the face of a terrorist attack raises concerns and debate about their capacity to deal with this type of incident, possibly due to the absence of attacks by international terrorist groups on the Brazilian territory.

A significant weakness of the Brazilian structure to act against terrorist activities and incidents is the lack of coordination between different institutions and layers of the Brazilian State. In addition, the institutions involved in combating international terrorism have residual skills on the subject. There is also a shortage of material, technology, financial and human resources, which results in a more serious structural problem, intensifying the Brazilian weaknesses to deal with terrorism incidents and put in practice antiterrorism and counterterrorism measures. Finally, the lack of a well-structured national strategy to combat terrorism and with well-defined actions in the face of terrorist threats and incidents, leads to institutional weakness and insufficient interagency cooperation against the phenomenon.

Finally, it is possible to conclude that the attributions of the Brazilian institutions responsible for acting in the fight against terrorism and in the face of terrorist incidents are dispersed, having most of them activities in this sense, however with a low level of interoperability. The actual scenario demands from States better responses to these “new” threats, such as the international terrorism. Thus, institutions need to develop better cooperative relationships in order to avoid conflict of responsibilities and overlapping competencies, in order to achieve better results, since working together guarantees a higher level of resources and sharing of good practices for organizing institutions and operations. Besides that, the intelligence process is essential for combating terrorism, having rising relevance the range of the intelligence information in order to increase the chances of identifying and combating the threat.